This is the ninth part of a twelve-part story called Ten at the Trio. It takes place in and around the Chicago area in the Spring of 2000. It is dedicated to everyone I have ever gone to an Alkaline Trio show with. For previous parts go here. 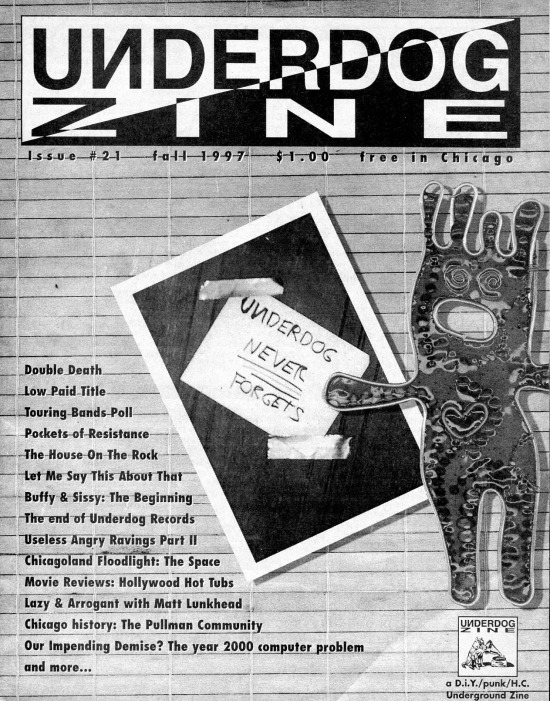 The stereotypically brown suburban 1989 station wagon hurtled down I-290 toward the city, its fake wood paneling cutting through the early evening as he sat in the back seat smiling to himself, the bass rumbling through his chest from the mix of ska and punk that was blasting through the speakers, a band he was unfamiliar with but was named after a Bambi character, wasn’t it, yes, Thumper, that was it, and here he was, a skinny14-year-old kid, heading to The City, not just The City but a punk rock show in The City, without his parents for the first time, and with the cool kids who he had thankfully befriended after spending the entire first semester sitting with the nerdiest kids whose normal lunchtime conversation consisted of things such as the force of a dog’s jaw and how it “technically” was strong enough to cut through steel and it looked as if the next four years were laid out before him with nothing to look forward to when, by accident, he sat next to Chris in acting class and they bonded over Rhythm Collision, the Bollweevils and Underdog Zine and then he met the others and finally felt like he belonged somewhere and was part of something and it was exciting and new and there it was, the Sears Tower, the greatest skyline in the world quickly growing larger as they approached and Chris played air drums along with the song and looked like he knew what he was doing and someday he’d play the drums too, he’d always wanted to and was saving up for a drum kit but only had $180 right now but soon he’d be doing more odd jobs and be able to afford them, but for now he was on his way to his first show with his new friends and the Trio of all bands, the goddamn Alkaline Trio and he’d be there for it, him, in the Fireside, and it was gonna be goddamn beautiful.

One thought on “Fiction: Ten at the Trio (Part 9)”