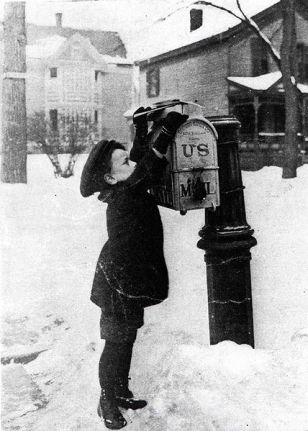 As far back as I can remember, I’ve always been fascinated by letters. I still consider them the purest form of not just communication, but honest connection. Emails, texts, and the rest of the digital age has made for communications that are nearly immediately thrown away. Less than 140 characters or bust.

Sitting down with paper and pen in hand, one took time and care when writing a letter. The recipient could see the movement of the pen/hand in each line, each word, each letter. Hold their words, see them, exactly as they were written.

My favorite part of biographies is reading the written correspondence that has survived.  (And to that end I highly recommend Dear Scott, Dearest Zelda). What will this look like for future generation? Reading email threads?

I still write letters to people, but most of them are never sent or even intended to be sent. Some are to the dead, some are to old friends I no longer speak to, and some are to former lovers. Seeking to make use of these, put them out in the ether as it were in some form so that the words could have the possibility of reaching the intended, no matter how unlikely that may be, I began taking them and removing phrases in order to create a mood and or a meaning that was true to the original letter without making it completely clear to anyone but the two parties involved.

I looked on these reconfigurations as if I had stumbled on letters that were only partially intact, leaving me to fill in the pieces that were missing. This became my found letters series, a project I would love to get many people involved in, perhaps contributing a “found letters” version of the letter they would write to the one that got away, or other such subjects.

Anyway, here are the first four I have done.  I find them and the process cathartic. Give it a try.

One thought on “Found letters series”