This is the sixty-first of 87 letters exchanged during World War II between Nicholas Salvatore and Elizabeth Galloway. For more see Nicholas and Elizabeth. 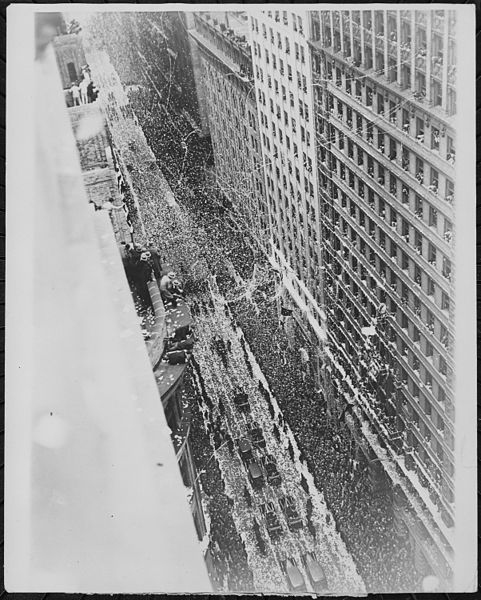 Everything keeps moving forward but all I can see is the past. The long ago past, so long ago that sometimes I question if it even happened. You asked about my life in New York when I was a child. Or did you? I know we’ve at least talked about it in passing. So here’s the story – a girl sitting at her desk, alone, on New Year’s Eve, with a bottle of wine and a plate of sopaipillas searching for all the happy times she knew in a different lifetime. Here goes –

My brother’s smile – him picking on me like any other older sibling, but always feeling bad afterward and playing with me until I forgave him. That summer we all went to the Jersey shore and mom and dad seemed so happy, walking up and down the beach together, him throwing her in the water and both of them laughing. Oh how they laughed. Falling down and cutting up my hands and legs when I tried to follow in Bern’s footsteps when he was swinging from a tree branch. The Miller’s and the Hugo’s from the neighborhood, having sleepovers, or what we called sleepovers but which always ended by 8 o’clock. The smell of my bedroom after the maid would clean it and the joy of sliding into clean sheets perfectly tucked into the bed. Riding horses and drinking lemonade in the country and picnics and cake and grandma always wanting to play games until the sun set and sitting by a roaring fire on the beach. The dog with the muddy paws that followed me home but dad said I couldn’t keep. Splashing in dirty puddles in the gutters the morning after a rainy night. Drawing all over the bottom of the kitchen table and not having anyone find it until we were packing up to move. Getting yelled at and hit for what they found under the table. Turning on the hot water to steam up the bathroom in order to draw on the mirrors. Loving to help the maid do the laundry, having her put it on my head to carry it across the room. The Murphy’s daughter (Mary?) coming over to play but never wanting to play with me. Making up games with Bern after making our required appearance at my father’s dinner parties. Rolling down hills. Running away after my father said I couldn’t keep the dog but coming back before anyone noticed and never saying anything. The tree outside my bedroom window.

Well, the wine’s almost gone and so am I. And so is this year. I hope you enjoyed tonight’s entertainment. It put me in a good place that I’m going to try to stay in for as long as I can.