This is the thirty-ninth of 87 letters exchanged during World War II between Nicholas Salvatore and Elizabeth Galloway. For more see Nicholas and Elizabeth. 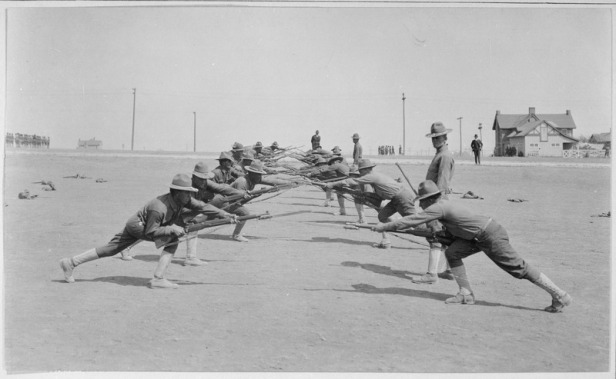 Above a tree, beneath the earth

Dammit Elizabeth, I want nothing more than to forget you, but you have spoiled every other woman out there. In comparison with you they all seem dull, vapid, shallow and unexciting. They lack substance where as you have never run out. How can I be anything but disappointed by them? There’s simply not much there. Their desires are the base desires of comfort and security, of all things tangible. You are everything but tangible. You are the beginning and end all of all of this mess. Damn you for showing me my dreams existed, without you they would’ve been dashed long ago. But knowing that someone like you is out there, how can I ever settle for less?

Yesterday everything was quiet. One of the men in the company (he hadn’t been here long) decided to fight a duel with a tree. The others fresh from the states found it hilarious. The rest of us shook our heads. He put his coat on the tree, set up a rifle beside it, walked ten paces and turned to fire with his pistol. He won and turned around to the cheering of his friends. A second later a shot came from the hills and hit him straight in the middle of the back. The rest of them started firing indiscriminately into the distance, but no one could see anything. It didn’t make a difference, he died anyway.

I don’t know where you are these days, but I’m glad you’re not here.