This is the thirtieth of 87 letters exchanged during World War II between Nicholas Salvatore and Elizabeth Galloway. For more see Nicholas and Elizabeth. 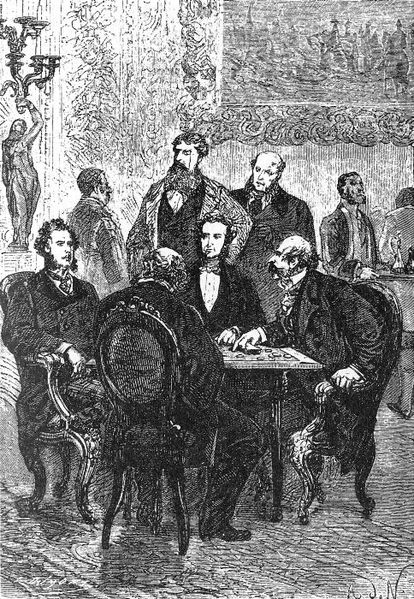 Do know I was in love with Phileas Fogg? I’d read it before bed with the hope of dreaming myself into his adventures. So, if you insist, I’ll let you take me around the world. But let’s not hurry, okay? As much as I want adventures a girl does like to enjoy herself without feeling rushed.

I haven’t been reading much lately, at least I haven’t found much worth reading, but I did start drawing again the other day. I was working at the diner and it was dead. I didn’t have anything to do so I started doodling on a napkin and you know what? It wasn’t half bad. Okay, so it wasn’t great but I forgot how much I enjoyed it. When the first customer came in I figured I had been drawing for maybe five minutes but nearly 40 had gone by. Isn’t that wonderful? Just me and the lines, lost in the lines. I tried to draw you from memory, but it wouldn’t come together. I guess you’ll just have to come back so you can model in person.

And what do you mean we have no history? I’ll have you know that Arizona has been a state for 32 years now! London and Paris aren’t that much older. God, the sun here, I get so tired of the sun here. It’s as if nothing ever changes. Freezing or sweltering isn’t ideal, but it would at least be a welcome change of pace from this horrible monotony.

I’ve been wandering at night. There’s an orchard of pecan trees nearby. Out there the sky lights up the world. I can be anywhere I imagine. Once I got lost and spent the night outside. Since then I’ve learned to pay better attention to what direction I’m going. Not that my mother noticed at all. I don’t know where she is these days. She seemed so happy there for awhile and now I don’t know what I can do for her. She spent so much of her life looking after my father, brother and me, and now that she doesn’t have to I don’t think she has a clue what to do with herself. Long ago, before she got married, she used to be a dancer, but at her age who’s going to hire her to dance? I suggested to her (half-jokingly) that we set out for Hollywood and take our chances. She just looked and me and didn’t say anything.