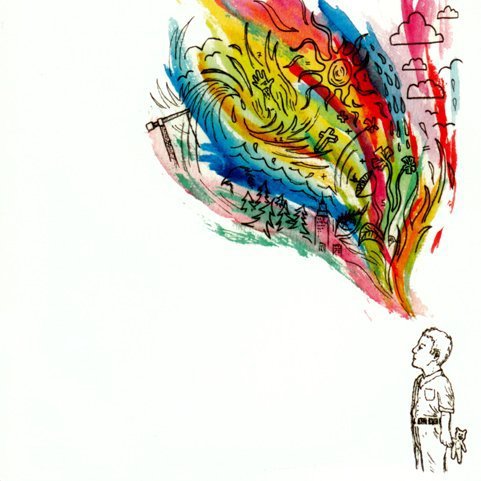 I don’t remember the first time I listened to Dorena but I do remember the first time I truly heard them. I was sitting in a hospital waiting room several years ago, my father in for yet another procedure to address his esophageal cancer. The room was full of muted colors and lighting. No overhead fluorescent lights. Some horrible ex-beauty pageant winner was reading what passed for news on CNN. The headline of the morning was some college football star whose girlfriend ended up being fake, an online creation. I had my headphones on and on shuffle but couldn’t stop looking at the train wreck that masqueraded as journalism. Still, it was better than thinking about what my father must be going through.

The Mayfly, the last track off Dorena’s 2009 album Holofon came on. I had the record on my Ipod for sometime, couldn’t remember when I got it. A minute or two into the 9:26 track and the TV disappeared. Then the room. Then thoughts of my father. Everything was just sound. A respite from everything that had been going on. Since then I’ve found them good to still the chaos and great to listen to while writing.

Dorena is a five-piece post-rock group from Sweden. They have several records out and their site describes them as follows: “Music for love, dreams, and warm summer nights. Dorena crafts beautiful and nostalgic post-rock without pretensions.” Sounds pretty accurate to me. Some beautiful instrumental stuff. Deep Elm, the label that has released several (all?) of the records has gone to a pay-what-you-want for all their records and you can find Dorena’s here. If you like them and are able, consider giving whatever you can to support independent music.

For more in this series see Music To Write To