After four months of near absence from this blog I’m finally able to sit down and organize my thoughts once more. The first 8 months of 2014 was among the greatest periods of time in my life – I was unemployed, finished my first novel that I started five years earlier, and traveled the country for 80 days straight, reuniting with old friends and making new ones. Of course, I had to pay for it and when I got back home took on two jobs and did little else. Thankfully one job ended December 31, leaving me feeling able to breathe again and dive back into creative pursuits. It has always been difficult for me to switch between non-creative and creative ventures and while working so much I never found the necessary transition time. Reading through school board budgets for six hours at a time did not leave a creative thought in my mind. That notwithstanding, it did give me pause to plan for the coming new year and all I sought to accomplish in it.

And so here is the rough plan: 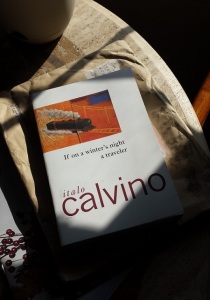 Despite one of my jobs being at a bookstore, the only fiction I was able to focus on enough to finish was F. Scott Fitzgerald’s The Beautiful and Damned, and that only because I’ve read it numerous times before. What happy news though to recently read that print books aren’t going anywhere anytime soon. Now don’t get me wrong, anything that gets people to read is a net positive, but I abhor e-readers. To me they are cold and lifeless and distance the reader from the work. I find I get next to nothing out of reading a work of fiction on a screen as opposed to print. The feel of a book, the smell, the ability to flip though at will, underline (with the special pencil I’ve used only for this purpose for years), leave coffee cup stains on, warp with tears, fall asleep with, discolor with the sunlight and age, and, as I recently learned from QI, old books as they decay grow a fungus that can make you hallucinate. Take that, e-reader. You ain’t gettin’ me high.

Back in November my friend Joe sent me Italo Calvino’s If on a winter’s night a traveler. I just began it a few days ago and was immediately captured by the prose. It consists of the first chapters of ten different novels, but between them is the story of the Reader who is reading said first chapters. The book begins by talking about the act of reading and of choosing a new book, which is done wonderfully, a sort of love letter to choosing a printed book. It’s too long to reprint here, but here’s a snippet:

In the shop window you have promptly identified the cover with the title you were looking for. Following this visual trail, you have forced your way through the shop past the thick barricade of Books You Haven’t Read, which were frowning at you from the tables and shelves, trying to cow you. But you know you must never allow yourself to be awed, that among them there extend for acres and acres the Books You Needn’t Read, the Books Made for Purposes Other Than Reading, Books Read Even Before You Open Them Since They Belong To The Category Of Books Read Before Being Written. And thus you pass the outer girdle of ramparts, but then you are attacked by the infantry of the Books That If You Had More Than One Life You Would Certainly Also Read But Unfortunately Your Days Are Numbered. With a rapid maneuver you bypass them and move into the phalanxes of the Books You Mean To Read But There Are Others You Must Read First, the Books Too Expensive Now and You’ll Wait Till They’re Remaindered, the Books ditto When They Come Out In Paperback, Books You Can Borrow From Somebody, Books That Everybody’s Read So It’s As If You Had Read Them Too.

Long novels written today are perhaps a contradiction: the dimension of time has been shattered, we cannot love or think except in fragments of time each of which goes off along its own trajectory and immediately disappears. We can rediscover the continuity of time only in the novels of that period when time no longer seemed stopped and did not yet seem to have exploded, a period that lasted no more than 100 years.

But, yes, reading. To inspire, to experience, to grow, to learn from the masters. I’ll never be able to complete all the books on my ever-growing Goodreads list, but that’s a good thing, isn’t it? There will always be more great works to read than I’ll be able to finish in my short lifetime. Better that than poor Burgess Meridith‘s fate.

Also, I stumbled on a collection of Hemingway’s Nick Adams stories for $1 at the library yesterday. Score. (Here’s how I became physically tied to Hemingway’s work in 2014) 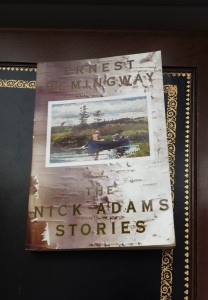 After finishing my first novel last year I had that immediate terror of, “Oh God, I’ll never have an idea long enough for a novel again!” but that quickly got tossed aside as I began outlining a new story set in Chicago during the 1910s-1920s. Alongside that I have a pile of random notes to go through and try to make sense of. Good god I love words. I don’t claim to be a master of combining them, but damn if I don’t love the process.

The first order of business will be trying to interest an agent in my novel. I did all the leg work last year and have a detailed spreadsheet of agents, agencies and publishers who publish historical fiction the likes of my own. Now just to get cracking sending them out and hoping for the best.

2014 was the first year I was published anywhere other than on my own websites, here’s to more ahead.

Get the hell outta here

I grew up in Chicago and went to college in D.C. I thrive off of big, progressive cities, the constant hum of life. None of that can be found in my current residence of northern Alabama. If I could afford to I’d love to jump over to Paris, or London, or Rome, or Tokyo or any of the other great cities of the world, but circumstances being what they are, I must remain in the United States for now and San Diego is the target. I’ll be able to afford an apartment one-sixth the size of the one I have now for double or more the price, and it sounds absolutely wonderful. The bigger the house, the bigger the prison.

This post has all been self-involved but I couldn’t do anything I ever do without the help of endless numbers of people, both known and unknown to me, and for all of them I’m grateful. Thanks for all that you do and continue to do. Here’s to a great 2015 for all of us. Cheers.

One thought on “2015: A year to read, write, (hopefully publish) and get the hell outta here”