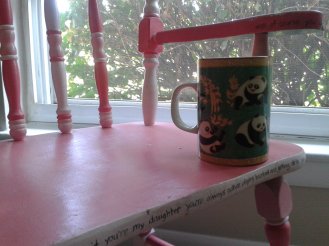 As a nation and culture raised in the idea of the rugged individualist, we often fail to see how indebted we are to others for the things in our life. We give little to no thought to them. Now, don’t get me wrong from the outset, I’ve long identified with the Transcendentalists and grew up loving Self-Reliance, building an initial philosophy around it. Yet, Emerson also speaks of the idea of the Oversoul and our interconnectedness. Thoreau, meanwhile, wasn’t isolated at Walden as is the generally held believed, mostly by those who haven’t actually read the book. Indeed, early on in the book he tells how he borrows an axe with which he begins to cut down trees for timber, along with other tools.  Thus, his entire venture begins with the help of another.

Similarly, most of us, especially in the West, like to think we are responsible for all we do. The opposite of gratitude is complaining, something we have no problem doing. We’ll complain at any time to anyone who will listen. Why, if we got rid of complaining half (at least) of Facebook posts would disappear. Of course, there is plenty to complain about, but does complaining actually do anything to make the problem better? Not at all. Only action can do that. Either the problem is something we can affect, and so we work to change it, or it is something we can’t affect, wherein we work to accept it. Complaining, and worrying, serve no useful purpose.

So, again, on the opposite end is gratitude. We can cultivate gratitude for everything that we have and everything that happens to us, something that begins to show just how much we rely on, and need, others.  I’ve found it useful to begin the day by cultivating gratitude for my breakfast – not in some supernatural thanking the heavens way, but in attempting to see clearly everything that was necessary in order that I could have this food before me.

For example, this morning I had an apple (from Chile), banana (Columbia), and oatmeal (USA) sprinkled with pumpkin seeds (?), cinnamon (USA) and stevia (Brazil). Now finishing it with a cup of sencha green tea (Japan). Right there, my fairly simple breakfast was made up of elements from at least 5 different nations spanning 3 continents. That in and of itself is an incredible thing that would have been unthinkable for the great majority of human history. Each of these elements can be taken further to see the truly innumerable amount of people whose time and effort were necessary just so I could have it to eat this morning.

Take the tea. First,  there are the people who tilled the land, than the people who planted it, those who cultivated it, harvested it, dried it, packaged it, sold it, shipped it overseas, distributed it, the store that purchased it, the person who put it on the shelf, and the cashier who finally sold it to me. Since I made it with tap water and an electric kettle there are also all of the people responsible for the water getting to me as well as the electricity and those who created the kettle. There’s also the mug (China) and the tea infuser to consider.

All for a simple cup of tea.

It’s absolutely incredible and I am grateful to each and every one of those people in the long chain of events as this is a damn good cup of tea. Conversely, I’m sure I could have found things to complain about if I so chose, leading to negative thoughts that I’d carry into whatever I’m doing next. I could then post about it on Facebook and watch, hopefully, for people to “like” it and thus agree with me and we can bitch about something else as well.

I choose the former. As well as another cup of tea.