This is the fifty-sixth of 87 letters exchanged during World War II between Nicholas Salvatore and Elizabeth Galloway. For more see Nicholas and Elizabeth. 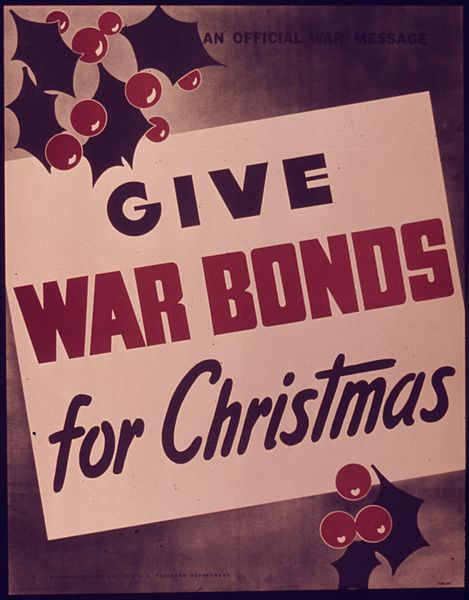 I’d say to wait till Christmas morning to open this but I figure it’ll be long past by the time you get it. Did you get the cookies? I hope they were as delicious as you remembered. These should help keep you warm through the winter (the last one over there – fingers crossed!)

To tell you the truth this was not your original present. Well, not exactly. For the last two months I’ve been trying to knit you a pair but it was an unmitigated disaster. Seriously, they were unrecognizable. Even after I told my mother what they were she still wouldn’t believe me. I guess I’m not the Good Housekeeping type. (I hope you’re okay with that!)

I haven’t felt this good in a long time. Yesterday I found my mom reading a letter from my aunt. She was crying happy tears. She told me she was a fool for letting so much time go by and thanked me for getting them talking. I can’t believe it worked. Okay, so the plan was to get my mom to move us back to New York and we’re nowhere close to that (yet) but maybe it could happen after all. I know I’ll probably feel miserable again tomorrow, but I’m going to try to hold on to this as long as possible.

Merry Christmas Nicholas. May our next one be together.